Buying House No. 4 in Sienna

When Matt and Melissa Hayslip decided it was time to downsize, they knew they would be buying a home in Sienna.

After all, they had done so three times before.

Closing on their fourth Sienna home near the end of March, the Hayslips began their Sienna odyssey shortly after marrying in 1999.

“We had been in Sugar Land in the ‘80s, so it was natural for us to look in this area,” Melissa said. “We decided to look at Greatwood and that new neighborhood — Sienna.”

“We loved it,” Melissa said. “We were pregnant with our first child and the neighborhood is so family-friendly with a park right outside your front door.”

“My mom wanted to move in, so we built a larger home down near Camp Sienna,” she said.

Her mom lived with them about 18 months, but after she moved out, the Hayslips decided that they wanted to stay in the home.

“I moved around a lot as a young child, but Matt lived in the same house as he grew up,” Melissa said. “We wanted to give our children that same experience of living in the same house the entire time they were in school.”

That ends this May, when their youngest son graduates from Ridge Point High School.

“We no longer needed such a large house and even thought about moving out of Sienna,” Melissa said.

The thought was short-lived, however. The Card My Yard business owner says her customers — 90 percent Sienna residents — have become like family and she couldn’t imagine leaving them. Plus, they’ve made many friends here.

“I just didn’t want to leave the people,” she said. “It’s hard to leave after 22 years.

Instead, they started looking at resale homes before deciding they’d prefer buying new. The couple — who have only built from the ground up — found a single-story inventory home by Shea Homes that perfectly meets their needs.

“Matt was a little worried that it was too far from Highway 6, but I timed the drive from our current home and new home and found that the new home is actually six minutes closer,” Melissa said. “Plus, the new home is going to be so much more energy-efficient than this home that we built 13 years ago.”

Melissa says she and Matt have never regretted making the move to Sienna.

“We love the people, love the schools and have met our best friends here,” she said. “As long as we’re in the Houston area, we will be in Sienna.”

Melissa is such a fan of Sienna — and always in the know — that she has her very own Sienna blog! Get a taste of what it’s like to live in Sienna by checking out the Sienna Skinny. 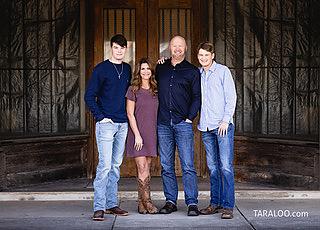