Fitness, spirits and fine foods are coming to Sienna with the expansion of the Sienna Crossing shopping center.

This summer, Williamsburg Enterprises broke ground on a new 60,000-square-foot section of the 35-acre Sienna Crossing development that has been a staple of Sienna life since Academy Sports + Outdoors opened its doors in 2016. The first phase also houses Chick-fil-A, IHOP, GNC and a DaVita dialysis center.

Tenants have already been announced for the second phase. Fitness fanatics will be able to get their fix at 24-Hour Fitness. The Texas go-to for good times — Spec’s Wine, Spirits and Finer Foods — will open a store, as well. Both are slated to open early in 2020.

Future development of about 100,000 square feet is expected to include a Lidl grocery store.

Sienna Crossing is located at Highway 6 and Sienna Parkway near the Sienna entrance. Nearby shopping, dining and services are just another reason to make the move to Sienna. 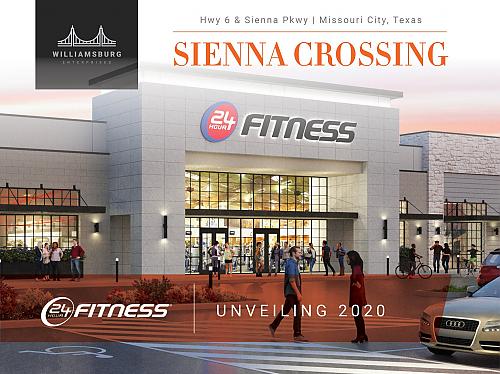