Sienna Ranks No. 1 in Texas

Home buyers flocked to Sienna last year, catapulting us into the ranks of the top 15 master-planned communities in the nation and No. 1 in Texas.

Sienna has often ranked among the top 50 communities on annual reports produced by real estate research firms Robert Charles Lesser & Co. (RCLCO) and John Burns Real Estate Consulting. This year, a phenomenal 46 percent increase in sales caused Sienna to jump from last year’s No. 35 and 36 spots, respectively, to No. 14.

Overall, the top 50 communities averaged at least 314 homes sold last year —almost one per day. The number of homes sold in Sienna was well above average at nearly two homes per day for a total of 530 homes, according to the John Burns report. That number also reflects Sienna’s position as the top-selling master-planned community in Texas.

The RCLCO report cited Sienna’s wide range of home choices and prices as well as numerous on-site schools as factors in our popularity with buyers.

Homes in Sienna are priced from the $250,000s to more than a million. Children attend schools within the highly acclaimed Fort Bend Independent School District, including seven located within the community including four elementary schools, two middle schools and one high school. Most young scholars start and finish their education within Sienna Plantation.

What else can you expect to find? World-class amenities such as water parks, the Camp Sienna Sports Complex, Sienna Plantation Golf Club and Sienna Stables, for a start. Parks, playgrounds and trails promote an active lifestyle. You also can meet up with your neighbors at events and activities planned by our lifestyle team.

With all of that and more, it’s not surprising that buyers are choosing to make the move to Sienna Plantation. What about you? 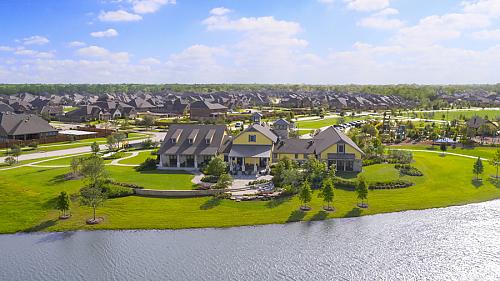