Sienna Plantation is the Houston area’s top-selling master-planned community, No. 2 in Texas and No. 15 in the nation — according to a recently released report by housing researcher Robert Charles Lesser & Co. (RCLCO).

The annual mid-year report, based on new-home sales from January through June 2018, shows Sienna with 292 sales during the report timeframe, a year-over-year increase of 41 percent from last year’s 207 sales.

“Opening Leonetti Elementary School and Sawmill Lake Club have been big draws for new home buyers this year,” said Alvin San Miguel, General Manager of Sienna Plantation. “We’ve also brought on new builders and added to the breadth of diverse floor plans offered in the community. There is something for everyone in Sienna Plantation.”

At the beginning of the year, RCLCO and John Burns Real Estate Consulting ranked Sienna Plantation No. 35 and No. 36, respectively, on reports based on overall 2017 sales. Last year, builders sold 397 new homes in Sienna Plantation.

“We’re only about 100 sales away from last year’s final tally with six months more to go,” San Miguel said. “With a new middle school opening up in August and the new community entrance along FM 521, I don’t see this sales pace slacking any.”

Sixteen builders offer homes priced from the $250,000s to more than $1 million in Sienna Plantation. Residents enjoy an active lifestyle with frequent events, water parks, 35 miles of trails, more than 100 acres of parks and much more. Seven Fort Bend ISD campuses are located on-site, including the soon-to-open middle school. 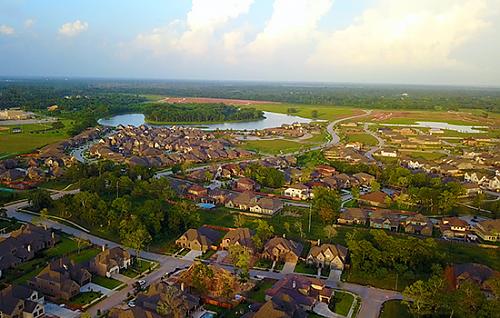