Joy Schwinger has been named to lead Sienna Plantation’s newest elementary school, bringing the number of principals within the master planned community from five to six.

She received a bachelor’s degree in Interdisciplinary Studies from the University of Houston and a master’s degree in Educational Leadership from Stephen F. Austin University. Schwinger also recently attended The Rice Educational Entrepreneurship Program (REEP) and The Harvard Leadership Institute.

Fort Bend ISD broke ground on Elementary School 48 in August. The 123,079-square-foot campus is located in Village of Sawmill Lake and will initially accommodate 850 students. It is expected to open August 2017 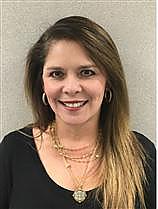