Sienna Schools Come Out on Top

Sienna schools were in familiar territory when Niche.com released its 2022 lists of the top public elementary, middle and high schools, with two of our on-site schools scoring among the top 5 percent in the state and all receiving an A.

Each year, the highly regarded online research service ranks schools based on up-to-date, publicly available data from sources such as the U.S. Department of Education, state testing results and the National Center for Education Studies.

Breaking it down, Sienna Crossing and Scanlan Oaks elementary schools were ranked among the top 5 percent out of 4,614 elementary schools. That is unsurprising as both schools regularly score high on Texas Education Agency ratings and Children at Risk rankings. The schools offer comprehensive curriculums that include innovative teaching, strong arts programs and opportunities to learn leadership skills.

Our other onsite elementary schools were ranked among the top 10 percent. Leonetti is the newest elementary school in our community. It boasts an active PTO as well as opportunities to explore reading, computer coding and art through campus organizations. Schiff has been awarded the Student Excellence Award by the American Student Council Association (ASCA) four years in a row.

Also among the top 10 percent is Ridge Point High School, which was evaluated along with 1,773 high schools. The award-winning high school boasts more than 200 possible course selections, including 28 Advanced Placement course and 16 honors programs. Approximately 66 percent of students taking advanced placement tests score a 3 or higher. Beyond high school, 81 percent of students enroll in postsecondary education during the first year following graduation.

Our middle schools scored in the top 20 percent. Thornton Middle School received an impressive A rating given that it is a new school and new to Niche rankings. Baines Middle School was in the top 12 percent. The schools were ranked against 2,223 other middle schools in the state. Both schools prepare students for the rigors of high school with challenging classes, innovative programs and numerous clubs and extracurricular activities.

We would like to congratulate the teachers, staff students and parents on a job well done — without your hard work, our schools would not be among the best in the state. 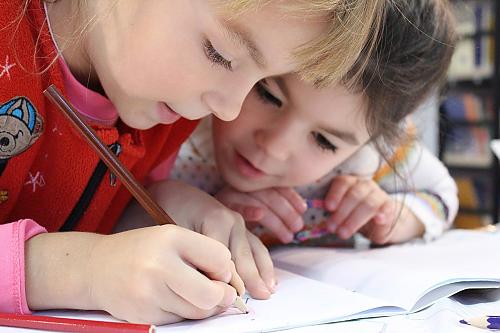