The Magnolia-based builder has started sales in Fox Bend, a gated enclave in the Village of Sawmill Lake, a collection of new neighborhoods that celebrated a grand opening this spring in the Fort Bend development.

Gracepoint will offer homes priced from the $640,000s and designed specifically for Fox Bend, which will feature 100-foot properties, the largest in the Village of Sawmill Lake. The traditional designs, ranging from 3,830 to 5,659 square feet, will offer open-concept living areas anchored by large kitchen islands and prominent outdoor living space. Model construction is expected to begin later this month.

Founded by real estate veterans Randy Birdwell and Tom Cox, Jr., Gracepoint Homes is developing several communities in and around The Woodlands, Spring, the Greater Houston Heights and the Montrose area. The builder also is active in Woodforest, a sister community of Sienna Plantation, both projects of The Johnson Development Corp.

“Gracepoint Homes has a reputation for building luxurious homes filled with extensive detailing and thoughtful enhancements,” said Alvin San Miguel, general manager of Sienna Plantation. “They are a welcome complement to our slate of builders.”

The Village of Sawmill Lake currently comprises nine neighborhoods and 500 homesites. A new amenity center is planned for the neighborhood next year and Fort Bend Independent School District has plans to open an elementary school in 2017 and a middle school in early 2018, increasing the number of on-site schools in Sienna Plantation to seven. 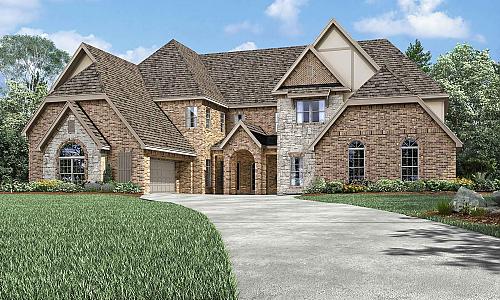