Sienna Plantation will welcome a new fire station this summer.

Missouri City Fire Station 5, located on Waters Lake Boulevard, is slated to open July 1 to serve the southern portion of Sienna Plantation. The 7,848-square-foot facility has two bays and will be home to 12 firefighters. The design can accommodate a third bay in the future, which can be used for an ambulance or other resources found necessary as the community continues to grow.

“The opening of Fire Station 5 has been greatly anticipated by the city council, staff and Sienna residents who will be served by the new station,” said Missouri City Mayor Allen Owen. “The hiring of new fire and rescue services staff to man the station and drive fire and rescue vehicles will also alleviate the city’s other fire stations, benefiting residents across all districts.”

The station was built under an agreement between the City of Missouri City and Sienna Plantation Municipal Utility District No. 1.

To learn more about other points of interest in or around Sienna Plantation, click here. 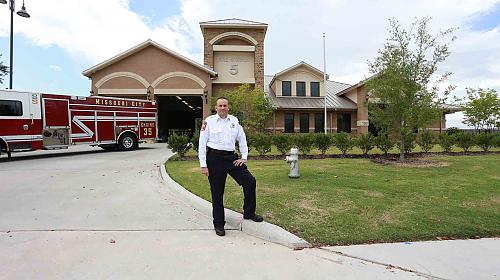