Nearly 500 homes — including more than 100 models — will be open weekends in April in 10 master-planned communities throughout Houston, with many homes available to tour in Sienna Plantation. Homes will be open 10 a.m. to 5 p.m. Saturdays and noon to 5 p.m. Sundays and admission is free. Also planned during the month are unveilings of community art sculptures commemorating the 40th anniversary of The Johnson Development Corp.

“This year marks an important milestone for The Johnson Development Corp., as we celebrate both our 40th anniversary and having more projects ranked among the nation’s 20 top-selling communities than any other developer,” said Doug Goff, chief operating officer for the company. “Not only will hundreds of homes be open for touring, but engaging events will be ongoing throughout the month. And we’ll unveil impressive sculptures in each development commemorating our 40th anniversary and our commitment to building vibrant lifestyle communities.”

In addition to Sienna Plantation, other master-planned communities included in the tour are Riverstone and Imperial in Fort Bend County, Woodforest and Harmony in South Montgomery County, Tuscan Lakes and Edgewater in the Bay Area, Fall Creek in northeast Houston and Cross Creek Ranch and Willow Creek Farms in west Houston.

Tour maps can be downloaded at www.johnsondevelopment.com. 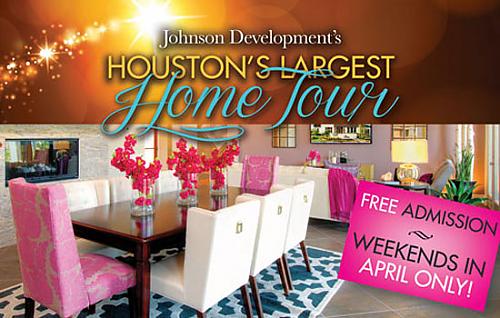