Each year, the non-profit organization recognizes and honors individuals and organizations that have rendered significant contributions to the field of parks and recreation.

“I’m completely humbled and honored by the award — but a little embarrassed by it too,” Peal said. “I am blessed with an extraordinary team. Barbara Mendoza, Debbie Gallardo and Ryan Alexander are the creative geniuses behind all of the amazing programs that our residents enjoy. Without their enthusiasm for service to this community and their commitment to providing high-quality recreation, this award wouldn’t have happened.”

A native of Corpus Christi, Peal joined the association team in 2007 after a four-year stint with the City of Sugar Land Parks and Recreation Department.

“Andy is such an asset to our community,” said Alvin San Miguel, General Manager of Sienna Plantation. “He and his team are doing an amazing job of coordinating the array of programs and activities that help make Sienna the top-selling community in Texas.”

Last year saw the highest total participation in the department’s history, catering to more than 6,100 residents. Ten years ago, less than half that number took part.

“We’re very proud of the programming we offer,” Peal said. “If you were to factor in all of the other leagues, fitness programming and special event attendees that take place over the course of the year, Sienna Plantation is very likely the most actively programmed community in Texas, if not the country.”

An additional 47 events are planned by the community’s Community Relations Department such as the Spring Fling Toddler Fair, movie nights and the community garage sale. 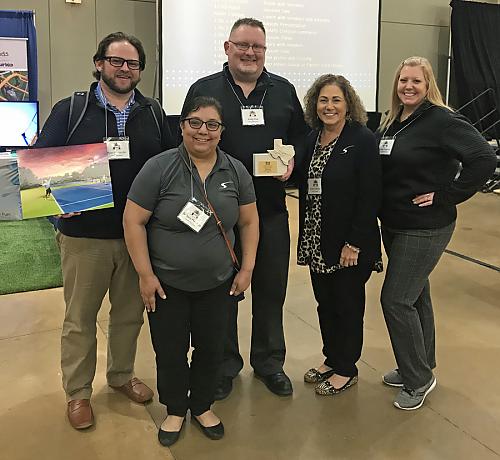