What makes a top-selling community?

Well, RCLCO emphasizes a broad choice of homes being a top indicator to a community’s success. Even after 20 years of development, Sienna continues to attract a wide variety of exceptional homebuilders with 16 builders currently offering homes priced from the $200,000s to nearly $1 million. Put simply, there’s something for everyone.

There’s something for everyone when it comes to amenities, too. Multiple water parks, playgrounds, clubhouses and fitness centers can all be found in Sienna, as well as sports fields, outdoor fitness stations, golf, spray parks and soon, a dog park. There’s even a zipline at the Sawmill Lake Club that residents of all ages have zoomed across.

A robust resident event calendar, seven on-site schools, a dozen churches, numerous restaurants and other conveniences all add to Sienna’s appeal — as does a location that lets you get to the Medical Center, NRG Stadium, the Museum District, the Galleria and downtown Houston within minutes.

Check out our available homes to see how you, too, can make the move to Sienna. 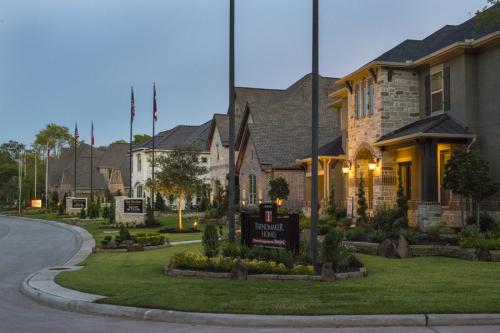