Get out those fall calendars — Ridge Point High School, located within Sienna, has released its 2017 football schedule. The Panthers took the 2016 district and bi-district championships with an impressive 11-1 record, so you won’t want to miss a chance to get out there and cheer on your Panthers!

Games are as follows:

Two of the on-site schools have received a coveted A+ rating in recently released rankings from Children at Risk: Ridge Point High School, ranked No. 22 out of 187 Houston-area high schools and No. 80 among the state’s 1,371 high schools; and Sienna Crossing Elementary landing at No. 92 out of Houston’s 878 elementaries and No. 314 among the 4,428 elementary schools in Texas.

Nearby First Colony Middle School, also zoned to Sienna Plantation, is listed at No. 35 among Houston’s 317 middle schools and No. 138 in the state. It earned an A+ rating. 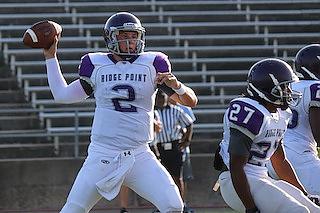