Sienna Plantation is again ranked among the 30 top-selling master-planned communities in the nation, according to reports by John Burns Real Estate Consulting and Robert Charles Lesser & Co. (RCLCO).

The research and consulting firms publish annual rankings of the top 50 communities in the United States. Rankings are determined based on net sales from the previous year. Listed at No. 30 on this year’s lists, it is the seventh year in a row that Sienna has cracked the top 30 on both tallies.

The Fort Bend community recorded 359 home sales in 2016. Together, the top 50 communities sold more than 24,000 homes, a 9 percent increase over 2015 sales. In addition to favorable market conditions, the top 50 communities also demonstrated a variety of similar traits, including thoughtful amenities and consideration for walkability, outdoor living and social interaction, and outstanding development execution.

Sienna, which celebrates its 20th anniversary this year, has a long tradition of providing state-of-the-art amenities. The community currently has three recreation complexes with a fourth — the Sawmill Lake Club — opening this year. Other amenities include resort-style waterparks, the 160-acre Camp Sienna sports park, the Sienna Plantation Golf Club, hiking and biking trails and numerous neighborhood parks.

The community is one of four projects of Johnson Development Corp. that made the list, including Sienna’s sister community of Riverstone. Two other Johnson communities, Woodforest and Cross Creek Ranch, also where ranked among the top 30 developments.

In addition to Sienna’s many amenities, the community boasts an exceptional location with easy access to many Fort Bend attractions, including those in Sugar Land such as the Smart Financial Center, Constellation Field and Sugar Land Town Square. 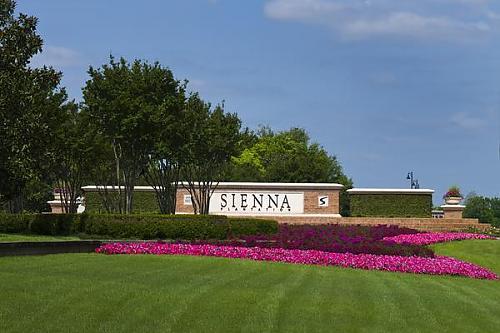