Oktoberfest revelers in Sienna Plantation helped raise thousands of dollars for the Fort Bend Education Foundation as they danced the polka and raised commemorative biersteins during the inaugural event.

Oktoberfest was a fete of German food, music and games, complete with performances by Mike and the Middletones and Jerry and The Melody Five. Proceeds from the admission cost and purchases of additional food and drink tickets benefitted the Fort Bend Education Foundation, a non-profit organization that provides grants to teachers and schools within Fort Bend Independent School District.

“Hundreds came out to the event, one of several public festivals we’ve hosted in Sienna this year,” said Alvin San Miguel, General Manager of Sienna Plantation. “It was a bonus that we were able to raise this amount of money for such a worthwhile organization while having so much fun.”

Coming up next in Sienna Plantation is Frost Fest. Learn more here. 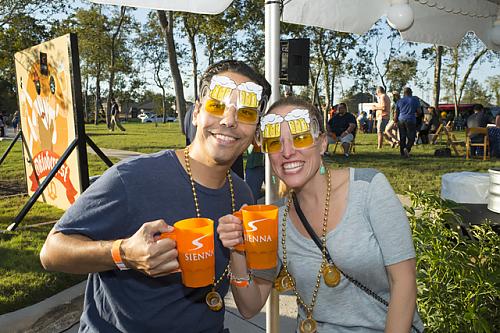