Voting has officially closed in the “I Am Sienna!” promotion, which has seen five residents vie for the Sienna crown and the chance to win $5,000 for their selected charity.

Voting ended at 11:59 p.m. Thursday, Sept. 15, and the winner will be announced very soon. A big thanks to everyone who took the time to vote — more than 15,000 votes were cast — and to the contestants:

Stay tuned to see who wins and which charity receives $5,000! 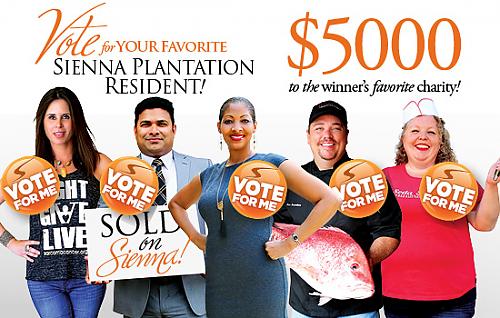