The public has a chance to decide which well-known resident best represents Sienna Plantation — and which charity will receive $5,000 — during the “I Am Sienna!” contest now through Sept. 15.

Five Sienna residents are vying for the Sienna crown, each of whom has picked a favorite charity to receive the $5,000 prize if they win the most votes:

Online voting continues throughout the month at http://www.siennaplantation.com/vote.

“Since we opened in 1998, we have worked hard to be part of the greater Fort Bend community,” said Christen Johnson, senior vice president of marketing for Johnson Development Corp., developer of Sienna Plantation. “We’re having a bit of fun with the contest, but what we’re really doing is giving $5,000 to a worthwhile charity. It’s just up to the public to decide which one.”

Residents were eager to participate in the promotion.

“I’m blessed to take part in this,” Davis said. “I believe in the mission of Second Mile and after living in Sienna almost 11 years, I still love it here. It’s close to everything without being in the city and there is a wonderful sense of community.” 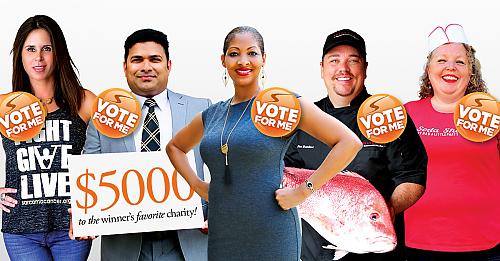