Shea Homes’ model home in Sienna Plantation’s Village of Sawmill Lake was declared to have the Best Kitchen among Volume Builders in the prestigious Houston’s Best PRISM Awards hosted by the Greater Houston Builders Association.

Visitors can see the winning kitchen and tour the model at 9807 Cameron Way. The kitchen design features a unique double island that opens to the living and dining areas making it ideal for entertaining.

“We are honored that our peers have judged us to be among the best in Houston home building,” said Houston Division President Keith Luechtefeld. “We love this market, and we work very hard to design plans that we believe bring a fresh, new perspective to Houston home design.”

Shea Homes is one of the largest private homebuilders in the nation, having closed more than 90,000 homes. Since its founding in 1968, Shea Homes has grown to be recognized as a leader in customer satisfaction with a reputation for design, quality and service. Shea Homes opened Houston operations in 2013 and is currently active in The Woodlands, Sienna Plantation, and Cane Island with three additional communities planned to open over the next six months. 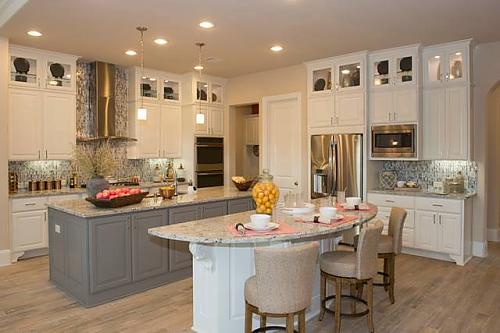