The Johnson Development Corp., celebrating its 40th anniversary this year, stands as the Houston area’s most decorated developer, with numerous industry awards received throughout its long tenure.

In recent history, the company won the Grand Award for Developer of the Year by the Greater Houston Builder’s Association 2013 Houston’s Best PRISM Awards. That year, The Johnson Development Corp. and its communities won nine awards, more than any other developer, including an award for Humanitarian of the Year. 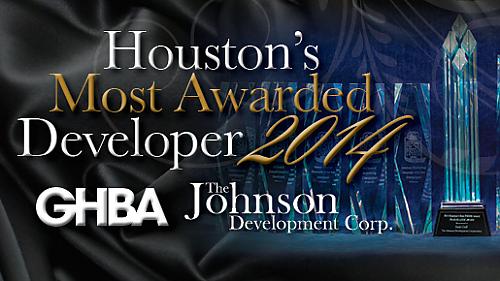