Those of us who’ve been in Sienna a while are used to the athletes at Ridge Point making us proud. Hearing about a team making it to the postseason is not surprising but still exciting.

I had the pleasure of being invited to the girls soccer team playoff game in Deer Park on Friday, April 8. I am so glad that I was free and could go support them because they were truly a blast to watch. They dominated in that game, and I got to witness them celebrating their run for state, which would continue over Easter weekend.

Since I could not travel to Georgetown, Texas, I asked for updates from those who could.  Several of us checked our phones nonstop while they were playing as we sent up some prayers for them. As it turns out they came up short and lost but had such an AMAZING season. They ended as the 6A Region 3 champs and 6A state semi-finalist. They played so hard.  I was told there was only one senior on their list of starters this year so if you have any soccer fans in your family, you’ll want to go see these Lady Panthers next spring. I’ve no doubt they will be ready to go even further next year. 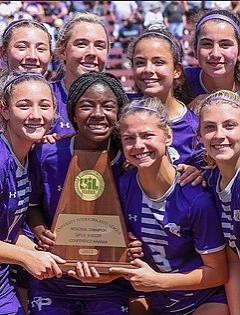 Happy for Hobby Airport
Read More
Galveston Island State Park Enhancements
Read More
Check Out the Downtown Houston Tunnel System
Read More
The views expressed in this blog are not those of Sienna nor Johnson Development.